ALL your C model questions, technical and otherwise answered

Just came back from a ride yesterday and noticed the chain was flapping about, so put her on the paddock stand to tighten it up a bit. What should have been a fairly easy job turned into a nightmare, LHS was fine moved on to the right ant the bolt was pretty tight, so lubed her up with some WD40 and left for a bit, came back to her after a brew and a fag and it was still tight. Ended up rounding all the edges of the bolt so cursing and swearing i removed the spindle and back wheel to try and get a deep socket on it, soon as I put a bit of weight on, ping, the boltt snaps off about 2mm from the swingarm. Bollox I shout and sit scratching my head for ten mins.

I have it booked in to a place 2 mins down the rd from me.

1. Is it ok to ride her down the rd with this bolt missing?

2. Will it be a bloody expensive job, drilling out the old bolt, re-tapping, and fixing a new one?

3. Happened to anyone else on here 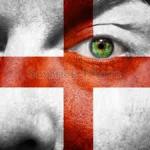 A few have had this happen on here , i think yorkie and Skiddy plus a few others

Cant remeber exact price but it was something like £45 for Skiddy , it may be worth grabbing a second hand arm of ebay


Should be ok to ride down as long as you tighten the wheel fully and your steady with the throttle ,

Yes had it happen to me, awkward little bugger to get a drill into to I had to remove the swingarm and then had it drilled out £5, and managed to save 3/4 of the thread so just put a new bolt in as its the nuts that hold the adjusting and not the threads.

I've said this before, anyone buying a zx9 should take the rear wheel out remove these bolts and Copper ease them up and re fit them.

Thanks for the tip yorkie

had it happen on mine, managed to ride it steadily down to a local bike place where i got it helicoiled, cost about £30 but that was more because we tried everything else to get the bolt out first. think ive still got a c model swingarm in the garage somewhere if you do want another one

Got her back today, looks like they had to heat the swing arm up to get the bolt out, £75.00 for 2 hours labour, and that included new bolts and nuts both sides, this time with copper ease.

I had this happen to my C2, but the bike shop said i would be fine riding without it and didn't replace it when got my new chain fitted

Although you have it sorted now, I had a B4 that had the bolt snapped off, but the owner before just drilled lower and put a nut and bolt in under the snapped one. Seemed to work ok as it held the spindle in the right position and kept the right tension on chain ok so I left it the same. looked weird though and a bit bodgy

Hi folks, your freindly sad git engineer here !! How to get the feckerz out (broken bolts) of a threaded hole!!

1. You need to have the use of a gas torch or one of those B+Q butane torches.
2. Have an eletric - REVERSABLE - drill.
3. White spirits or paraffin.
4. Use of a grind stone.
Are you sitting comfortably? good then i'll begin........

Drill the centre of the snapped of the snapped bolt with a small drill, have another drill handy thats a few sizes bigger than the one you just used. Now get the slightly bigger drill and grind the tip FLAT. Now (as long as you dont a bit of paint damage) get the gas torch and GENTLY heat the bolt area - use a small paint brush or an old tooth brush to dab the bolt area with white spirits or paraffin (it will smoke but dot worry about it).... the next bit is trial and error ...... get the over sized drill - select REVERSE on the drill and jam it in the pre-drilled hole. The sharp edges of the flat drill will grab the edge of the pilot hole and the reverse will spin the bolt back out of the hole !!!!! (the w/spirits - paraffin is to break the stick)

and think about this when you're next out for a ride -

If a word in the dictionary was misspelt, how would you know? ---

also ---- If God dropped acid, would he see people?

yorkie wrote: I've said this before, anyone buying a zx9 should take the rear wheel out remove these bolts and Copper ease them up and re fit them.

just going to go do mine now then

Take the foot peg off via the hangers and grease up the pegs, this will reduce gearbox problems and the back brake sticking. Gearbox is a common problem.

I had this happen on my B4, just bought a new swing arm from e bay. Will get the bolt drilled out though now, always a good option to have a spare.